All Sports. All Colors. All Cancers. 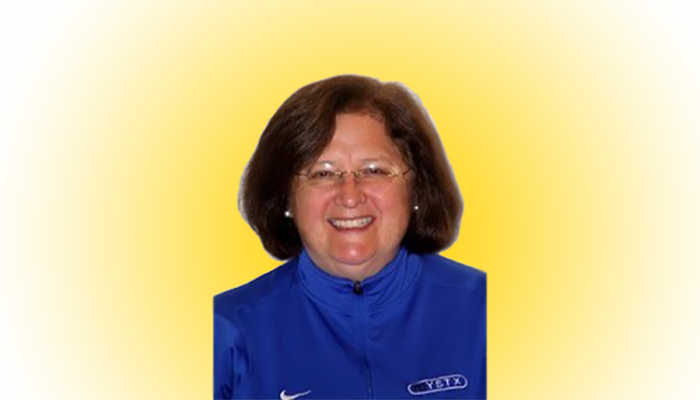 In the summer of 2006, Tina Reinprecht’s season as a women’s field hockey coach in eastern Pennsylvania was just beginning when she noticed the mother of a student athlete wearing a winter beanie. She thought it seemed out of place in the hot weather. Weeks later, another mother arrived wearing a similar hat. Tina soon learned that both mothers had breast cancer and were undergoing chemotherapy.

“What struck me was it didn’t disrupt their (daughter’s) practice. I didn’t get calls saying they would be late or anything like that,” reflects Tina. “In that moment I thought, if I can do anything to show a combination of support and acknowledgment of how strong these women are to go through this and keep life normal for their families, I wanted to do it.”

Play4theCure was shortly thereafter founded as a way to use field hockey as a vehicle through which to raise money for breast cancer research. The undertaking quickly experienced rapid growth, with Tina, gifted with exceptional organizational skills, wide-ranging contacts and a powerful personality, managing the effort literally out of her garage. She successfully recruited field hockey teams at local schools and universities nationwide but realized that outside support for funding and donor relations would soon be necessary.

To this end, Play4theCure cultivated affiliations with cancer community charities, including the National Foundation for Cancer Research. Now describing her association with NFCR as a “blessing,” Tina felt that it, in particular, and Play4TheCure shared so much.

“When you’re all alone and have no one to bounce ideas off of, it’s hard,” says Tina. “That moment when NFCR entered the picture was a godsend, and we decided to grow this together.”

Tina, who has a background in biology and medical research, was drawn to NFCR’s support to researchers tackling not only breast cancer but also other forms of the disease. Too, this organization showed special interest in Play4theCure on many levels, and proved willing and excited to help the program grow. Lastly, NFCR’s track record as an organization that was aggressive in its efforts to speed up medical research—not slow it down—was a trait to which Tina was drawn.

In 2014, as Tina decided to focus on family and coaching, Play4TheCure transitioned fully into the hands of NFCR. Here, dedicated staff work year-round to recruit, guide and facilitate not only field hockey but hundreds of teams from upwards of a dozen sports to fundraise for research into all types of cancer.

When a team—or league—registers, they receive starter kits in the form of balls, shirts, wristbands, banners or other swag, as well as fundraising tips. Program managers Rachel Pikovsky and Francesca Montalto provide assistance for Play4theCure teams, helping them to come up with ideas and sharing with them approaches which have worked for others.

“To continue getting young people involved in a good cause is the main goal right now. Coaches usually register the team and student athletes are the ones to do the fundraising,” Rachel explains. “Sometimes it’s hard when you’re younger to feel like you’re making a difference and I think this is a good way to do just that.”

Play4theCure prides itself on a vision summarized as, “All sports. All colors.  All cancers.” Teams can personalize their programming so as to make it fit their school or organization and create fundraisers in whichever forms they deem best.

Play4theCure now annually raises well over $200,000 for cancer research from hundreds of athletic events nationwide. Tina can be proud of her legacy—and know that Play4TheCure is in skilled, dexterous hands. Those of the young athletes which raise the funds and the organization that guides the program.

Your ticket for the: All Sports. All Colors. All Cancers.

All Sports. All Colors. All Cancers.