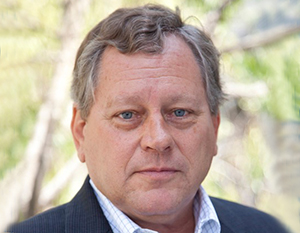 Dr. Web Cavenee has fundamentally changed the way scientists now think about the onset of cancer and its progression. He provided the first indisputable evidence of the existence of tumor suppressor genes.

Dr. Cavenee’s original research sought to define the genetic lesions in retinoblastoma and led to evidence that there’s tumor suppression in humans. Today, mutations of tumor suppressor genes have been identified in more than half of all tumors, including those of muscle, melanocytes, kidney, prostate and breast. Gene therapies are being tested that would reverse gene mutations (or their effects) in cancer cells. These therapies hold tremendous promise for patients with brain tumors and many other cancers.

Dr. Cavenee and his team have developed a high-throughput CHIP-NextGen sequencing method to identify miRNAs that drive the development of aveolar rhabdomyosarcoma, a type of soft-tissue sarcoma that has a poor prognosis and is most common in young adults and teenagers.

In recent years, Dr. Cavenee’s research efforts, with support from NFCR, have concentrated on glioblastoma multiforme (GBM), the most aggressive and deadliest brain tumor. His research team uncovered an abnormal version of the Epidermal Growth Factor Receptor (EGFR) – named EGFRviii – that is only present in the most rapidly-progressing tumors. With this knowledge, Dr. Cavenee’s team is now developing monoclonal antibodies, small molecules and nucleic acid-based therapeutics – known as EGFRvIII inhibitors – to target this tumor-specific molecule.

Additionally, Dr. Cavenee has partnered with another NFCR-funded scientist, Dr. Paul B. Fisher. They have discovered a new pharmacological agent that could – with additional chemistry – lead to a new drug to prevent radiation-induced invasion of GBM cells. The researchers have tested their pharmacological agent in combination with radiation and have seen profound survival benefits in pre-clinical models. Click here to read the full report on the pharmacological agent by the scientists.

Dr. Cavenee first joined the Ludwig Institute for Cancer Research in 1985 as a member and Montreal branch director. He later moved and founded the San Diego Ludwig branch. Dr. Cavenee is a member of the Strategic Alliances in Central Nervous System (CNS) Cancers and rose to become director in 2015. The same year, he was named Chairman of the NFCR Scientific Advisory Board.

Dr. Cavenee’s research has been funded by various groups throughout the years and his expertise is highly sought after. He is a member of the National Academy of Sciences, the National Academy of Medicine, a fellow of the American Academy of Microbiology, a fellow of the International Union Against Cancer and is a former president of the American Association for Cancer Research. Dr. Cavenee is on the editorial boards of several scientific journals and has served on the Board of Scientific Counselors for the National Cancer Institute and the National Institute of Environmental Health Sciences.

Additionally, Dr. Cavenee was part of the Tissue Bank Consortium in Asia that was founded and operated by NFCR to help drive international material collections, and he sits on the Executive Committee of GBM AGILE, which is a revolutionary global collaboration to test and develop new brain cancer treatments that NFCR has taken a leading role on.

Throughout his career, Dr. Cavenee has published more than 300 publications and has been recognized with more than 80 honors and awards, including the 2007 Szent-Györgyi Prize for Progress in Cancer Research, Rhoads Award, the Charles S. Mott Prize and the 2016 Feldman Founder’s Award for Adult Brain Tumor Research.

Your ticket for the: Webster K. Cavenee, Ph.D.